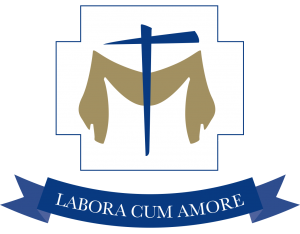 In Film Studies, our intent is for the curriculum to promote an understanding of, interest in and ability to ‘read’ the language of the world of cinema and film as well as the worlds that these films reflect. Students examine the political, social, historical, cultural and production contexts of film and how these shape the content and meanings created. For the creative element of the course, students can utilise these skills to develop their own short film pieces and demonstrate understanding of their own directorial choices to create meanings for their audience.

The Purpose of the Curriculum.

The study of film promotes a wider understanding of cultural movements and how film reflects the wider world in which they are made and set. We aim to promote and develop in our students a desire to understand how films are just as valid a reflection of time, place and people as factual documents can be; how films can be social metaphors and both reflect and challenge dominant ideologies being presented by societies at key times in history. We wish to create a passion for examination; to not just passively absorb the content of films but be able to understand our subjective responses as well as critiquing objectively using highly sophisticated levels of analysis. To comprehend that Film has a language all of its own that can open up new levels of discussion into texts that surround us on a daily and international basis.

Film Studies is a fascinating, provocative and diverse subject of increasing academic worth. The Arts are a valuable and relatable reflection of the societies in which they are made; we are passionate about how important being an active spectator of films is; to be able to ‘read’ deeper meaning into texts considered purely entertainment by the ‘layman’. Film has a close relationship with many other academic disciplines as well as the world around us; Film teaches us about psychology, politics, sociology, history, drama, literature and art as well as the wider media. The ideologies presented by directors, film genres, movements and national cinemas are looked at how they represent key values to the world; we encourage our students to approach these messages with a critical mind; to be aware of what concepts they are being ‘fed’ by such an influential industry. We desire the analytical; to deconstruct texts the same way a novel, an historical document or a news article can be.

Faith in the presence of God

Concern for the poor and social justice

Respect for all persons

an awareness of the living presence of God in our world, and a calling to see the world through the eyes of faith

a calling to support the poor and victims of injustice, through community service and justice education

to provide an education that is second to none, so that our students will not just contribute to society, but will transform it

that we are all children of God and, as such, at the heart of our education we must respect the dignity of all persons

we respect and value diversity, which means that nobody is left out or left behind, and that we embrace the unique stories and qualities that each of us bring to the world.

Unfortunately not the ones with chocolate chips.

Some cookies are necessary in order to make this website function correctly. These are set by default and whilst you can block or delete them by changing your browser settings, some functionality such as being able to log in to the website will not work if you do this. The necessary cookies set on this website are as follows:

Cookies that are not necessary to make the website work, but which enable additional functionality, can also be set. By default these cookies are disabled, but you can choose to enable them below: